Have you wondered how you can earn more while driving with Uber?

You are not alone! 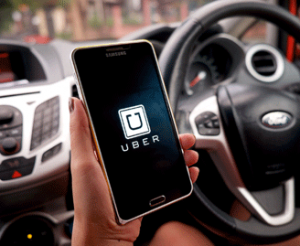 This is a question on the mind of all Uber drivers. Some even resort to some very different solutions such as the driver who earned $252,000 in a year, mostly by selling jewelry to the passengers.

However, this is obviously not a solution for everyone!

Here are some simple, yet effective, tips to make more money driving with Uber.

Uber driver Tip #1 – Carry snacks and water with you

One way to increase your number of hours is by taking fewer breaks. Carrying snacks and enough water will not only ensure you are well fed and hydrated while you work but it also will reduce your unproductive time.

Do you know where the restroom facilities in your area are located? If not, scope them out as soon as possible. Focus more on finding public restrooms that come with free parking. Little things like having to try to find somewhere for bathroom breaks, or even having to buy something in a cafe to use the facilities, can have an impact on your earnings in the long-term.

The common perception is that you stand to earn more by following the recommended locations and timings. This seems to hold true because at these places and times, such as Friday night bars, the local stadium after a baseball or football game, popular morning commute areas, there’s likely to be a greater demand for a ride.

However, the thing is that many Uber drivers flock to these recommended areas. As a result, Uber’s surge pricing is lower in these areas. The surge pricing increases when there are fewer drivers in a particular area and vice-versa.
That’s why you can actually earn more by not flocking to the hot spots and by focusing instead on areas where there are likely to be fewer drivers available.

Uber driver Tip#4 – Make the system work for you

Game the Uber system a little and you can earn more through surge fares. The trick is to log off just before you speculate surge fares, such as closing times of bars.

For example, it is seen that in Philadelphia surge pricing comes into play around 2 a.m. – 2:30 a.m. During this time, the local bars close and drinkers search for a cab to drive them home. Surge fares rise when fewer drivers are available in an area. So by logging off around 15 mins before surge pricing is likely to start, you can actually drive the fares up.

Driving around from one area to another continuously in search of fares through Uber can be self-defeating. Instead you should identify a central area and stick to it. If possible, avoid the suburbs because surge pricing is less likely to apply there.

If you are picking up a customer from an outlying area, the chances are you’ll end up driving more to pick him up. Also if you’re going to drive many miles to reach the customer, it is possible he may become bored and change his plan or find a different way to travel to his destination so these kind of fares can be high-risk.

There are some features that are available exclusively on the passenger app. For instance, you can use the passenger app to see where other Uber drivers are. This in turn will help you avoid areas where competition is heavy.

Uber drivers – Feel free to post any other tips below.