So you’re planning to drive with Uber?

The idea of choosing when and how much to work, being your own boss, and making decent money appeals to you.

But there’s one important question that everyone wants to know the answer to:

How much exactly do Uber drivers make?


That’s an important question for anyone who wants to drive full-time or part-time with Uber. In this post we will give you the best possible answer.  But before we get to that, there is one thing you must understand. That is that there’s no official figure, per se, on how much Uber drivers make. This is because, like many driving jobs, how much Uber drivers make can depend on many variables. These variables include, but are not limited to, the following:

Another thing that prevents experts from giving an exact figure about how much Uber Drivers make is that Uber itself has not been so forthcoming in sharing this data.

Perhaps this is because sharing this data is not in their best interests. Or maybe Uber doesn’t have this data in the first place since these drivers are contractors and not its employees.  However,
we can still calculate with some amount of accuracy and precision how much in general Uber drivers make.

How much do Uber Drivers Make? 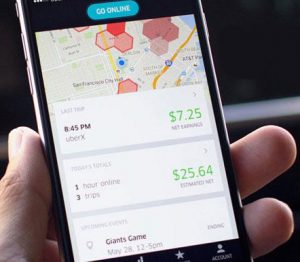 Uber’s chief economist, Jonathan Hall has addressed this all-important question in two separate papers.
In the more recent one, he lists the gross hourly earnings of the average Uber driver as $21.07.  Now, that’s an impressive figure—but that’s not what the average Uber driver takes home. As a matter of fact, what Uber drivers make is not even close to $21.07.

As you might be aware, Uber charges a 25 percent service fee on all rides. So, if you factor in the service fee, the gross hourly earnings drops from $21.07 to $15.80.

However, this $15.80 is also not the final amount. Uber drivers, experts believe, earn much less than that. And it is not hard to understand why. Uber drivers pay for many things, like gasoline, car maintenance and repairs, and insurance. When you factor in all these things, the take-home amount is even less.

There’s one more cost that needs to be deducted—insurance cost.

While Uber drivers are using its app, the company pays for liability insurance. However, Uber doesn’t pay for collision insurance. According to a report by the researchers from Massachusetts Institute of Technology (MIT), Uber drivers pay 32 cents per mile for insurance. However, another report prepared by Jonathan Hall, Uber’s chief economist, quotes a lower figure. According to this report, the figure is 25 cents per mile.

On average, Uber drivers clock approximately 20 miles/hour while using the Uber app. In other words, the hourly insurance cost is about $5 – $6.4. To calculate the true amount which Uber drivers make, it is necessary to factor in the cost of insurance as well.

Therefore, the correct amount which an average Uber Driver earns, after deducting all costs, comes to approximately $10/hour.  Of course this varies from location to location. But it goes without saying that this is not an impressive figure.

It would not be an overstatement to say that you’ll be hard-pressed to find places in the United States of America where you can live decently on $10/hour. If you’ve a family of two and you work 40 hours per week at this rate, you’ll come around the federal poverty line. If you have a child or another dependent, you will fall below the federal poverty line.

Please comment below on your experience of this topic.